Dr. Pacheco is board certified in Endocrinology, Metabolism, and Internal Medicine. 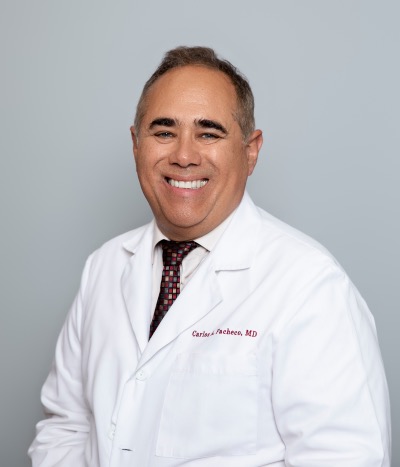 As a founding partner in Central Florida Endocrine and Diabetes Consultants, P.A., Carlos A. Pacheco, M.D. is board certified in Endocrinology and Metabolism, and Internal Medicine.  He graduated Pre Med from Youngstown State University, received a B.S. in Zoology from Ohio State University and was awarded his medical degree from Ross University in Wisconsin.

Dr. Pacheco is involved in numerous medical organizations, including American Academy of a Clinical Endocrinologists and The Endocrine Society.  He is also an active investigator in clinical trial studies.  He is also a much sought after presenter at medical conferences around the country.  He has been listed as one of the 100 top doctors in Central Florida in Orlando Magazine.  Dr. Pacheco has been in private practice in Central Florida since 1989.

Dr. Pacheco is the proud father of three sons.  He and his family are avid skiers and enjoy the outdoors.